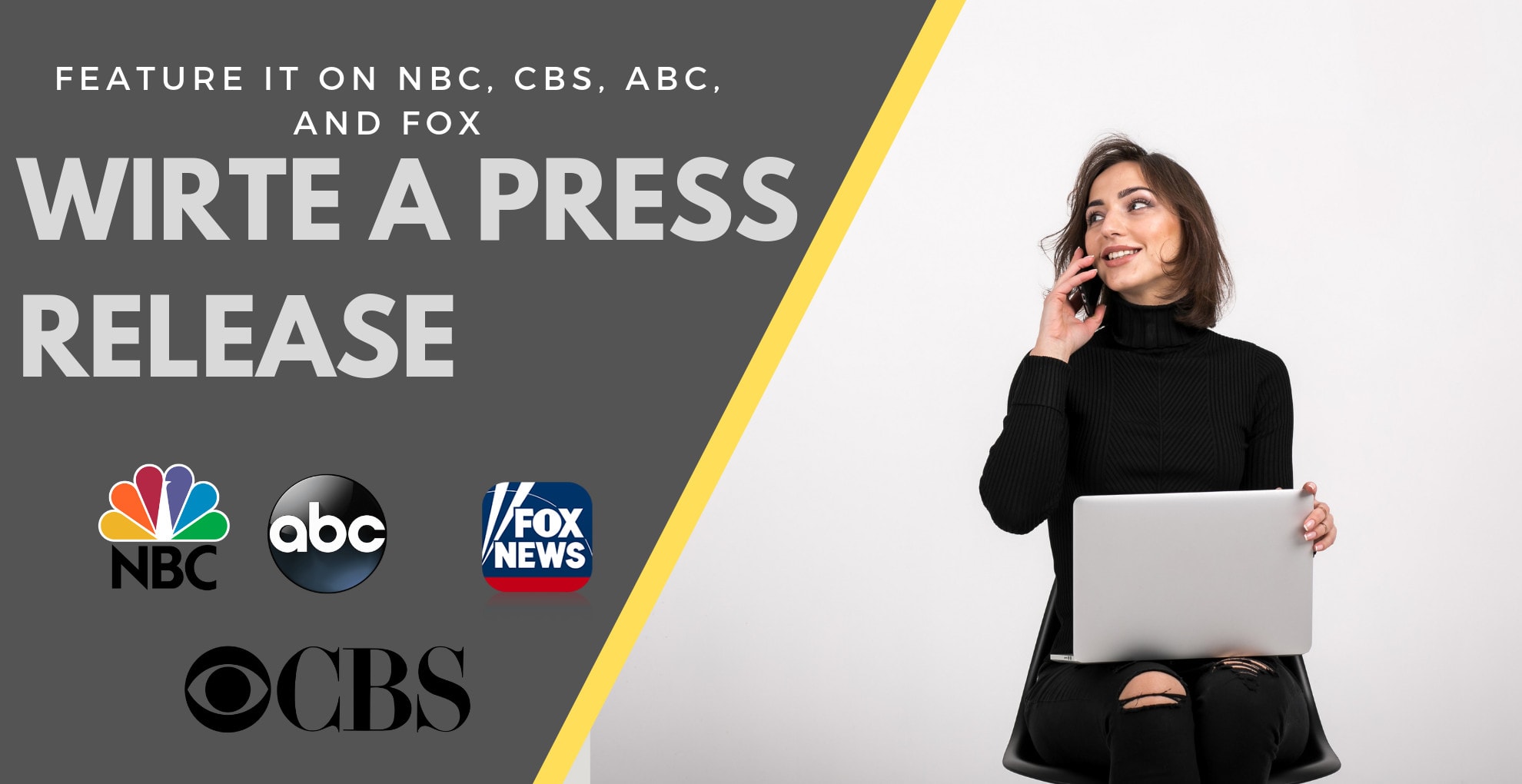 
Features of Our Press Release:- Get yourself featured in major news, media & top publications of the world.- Gain Instant Authority, Trust & Credibility By Being mentioned in hundreds of top media, Newspapers, Radio, TV sites!- Be proud to showcase yourself On ABC, NBC, CBS, Fox, Digital Journal & 300 More

- A 400+ words powerful press release will be written by a writer- It will be sent to you for approval before publishing.- After Approval, we will Publish PR to 400+ sites which includes ABC, Fox, CBS, NBC, through their local channels.- We will share your PR on many Social Media accounts for more publicity and exposure.- We will send you a complete report with all the published links where your PR is published. You will get a mix of Dofollow and Nofollow links.